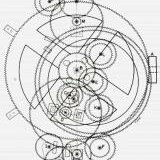 [personality] How strong of a correlation do you notice between your and your tulpa's emotions?

By Antikythera, June 23, 2016 in General Discussion

What's the correlation between your and your tulpa's emotions?