[possession] Why do some tulpas want to deal with real life issues? 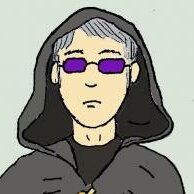 By Mistgod,
April 2, 2019 in General Discussion