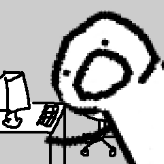 By MrTriangular,
May 10 in Progress Reports