One part of the questions and answers... 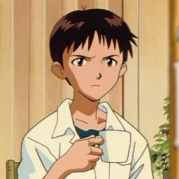