Discussion- Tulpae and People Without Emotions 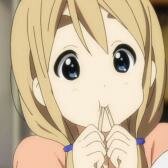