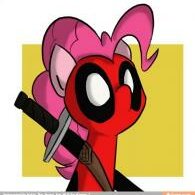 What's it like to see and talk to your tulpa?

By CannibalisticBunny, February 13, 2014 in Questions and Answers