Lamby Lamb's Request Thread [Anything and Everything: CLOSED] 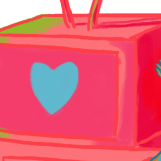