Discussion about binaurals and ASMR recordings. 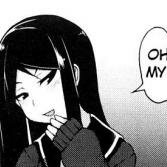