David Eagleman's book "Incognito" and how it relates to tulpas 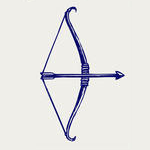 By longbow,
January 11, 2020 in General Discussion