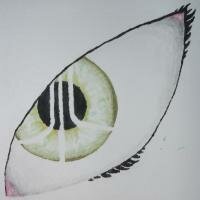 ITT: We describe our wonderlands

Do you want a tulpa(e)/wonderland section on your account page?