Deciphering the meaning of my lucid dream 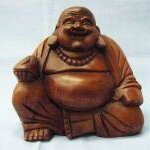