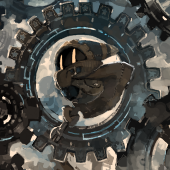 By StarlitCrossing,
June 30, 2015 in Progress Reports