'De-pathologizing Plurality' and a tulpa that began as non-singular 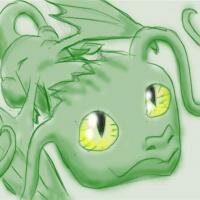 By TheGreenQueen,
June 14, 2016 in General Discussion