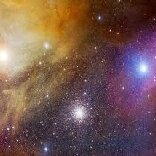 What is your experience with parallel processing? [Aka why I doubt tulpa sentience]

By Aesteus, January 5, 2014 in Questions and Answers