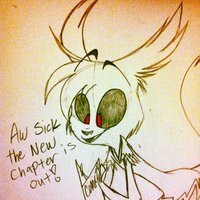 Welcome to our World: Prince

By ThatFellowWithTheScarf, August 26, 2014 in Progress Reports