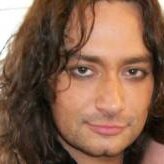 What am I doing wrong? Please help!

By HydesLittleOne, April 27, 2014 in Questions and Answers