Research for a story 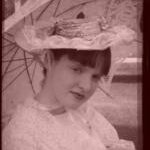 Should I keep trying to write the story?