What is this thing in my head? 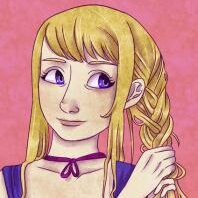 By DreamDoll,
March 19, 2019 in General Discussion

Do you have a headmate that you can't categorize?