Tulpa for a Sorcerer 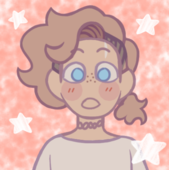 By solarsorcerer,
May 27, 2020 in Progress Reports