Suggestion for Guides Board 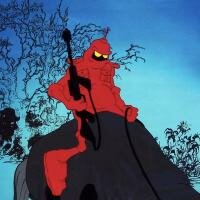 By ThunderClap,
December 31, 2013 in Community Feedback