Racism in the heart of tulpa 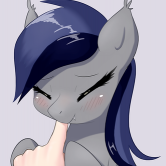