I made a survey regarding tulpas. 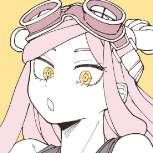