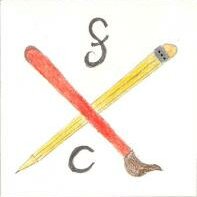 Fav artist, writer, or other inspiration

By LittlePebble, May 21, 2019 in General Discussion