[vocality] Simple trick which helped me at least with tulpa's voice. 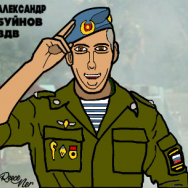