Meet others in Wonderland - Guide 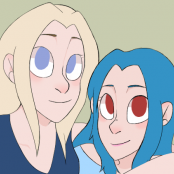 By YumiBerry,
February 7, 2017 in Submissions