A collection of tips and tricks about tulpas and tulpamancy in general. 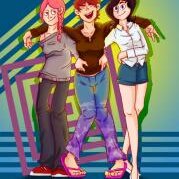